"Normally I stand on a stage and look into darkness"

For the past seven weeks, Side Door has been facilitating Zoom shows for artists, offering hard tickets, limited capacity, and audience interactivity. We asked some of the musicians about their online times.

“It was like a live show: The first two songs you’re a little nervous, it takes a song or two to settle in,” says the pianist from her home in Toronto. “I had such an overwhelming response from people saying the show was, in a lot of ways, better than a live show. They could see the other faces of people who had found each other through the music that they liked, and have been online friends from a better part of two decades now. And I could see people in their homes with their partner, their cat, their wall decor, their plants, their IKEA couch…”

Slean netted nearly 800 attendees and paid the love forward, donating $1,000 to Second Harvest, a Canadian charity that redistributes excess food from grocery stores and restaurants to shelters and organizations. She also found five front-line health care workers and sent them food gift cards and records by Canadian artists: “It’s a little nod to say, ‘Hey we’re thinking about you.’”

She’s got another show booked for May 17. “It’s amazing,” she says of the experience. Because of the pandemic, “I had a whole bunch of shows cancelled and in one night I recovered some of those losses, had this beautiful experience, and we were able to help people.”

Singer-songwriter Michel is four weeks into his Live From Lockdown series, where he’s been playing shows from his home studio in rural Ontario.

“I thought, ‘There is no way I am going to get any joy from singing to my computer screen. I’m not going to feel anything,’” he says of his initial reservations of the online format. “And then I was really surprised to feel a sense of community. Normally I stand on a stage and look into darkness—I got to see peoples’ faces and homes and lives.”

Being met with silence for his trademark banter has been an adjustment. “That part’s weird. My heart goes out to all these late-night talk show guys that are doing shows from their homes,” he says. “I feed off the energy of a crowd, like a comedian or actor or dancer. That’s a bit of a learning curve. But I’m getting a little more confident each week. And you can unmute everybody after each song. 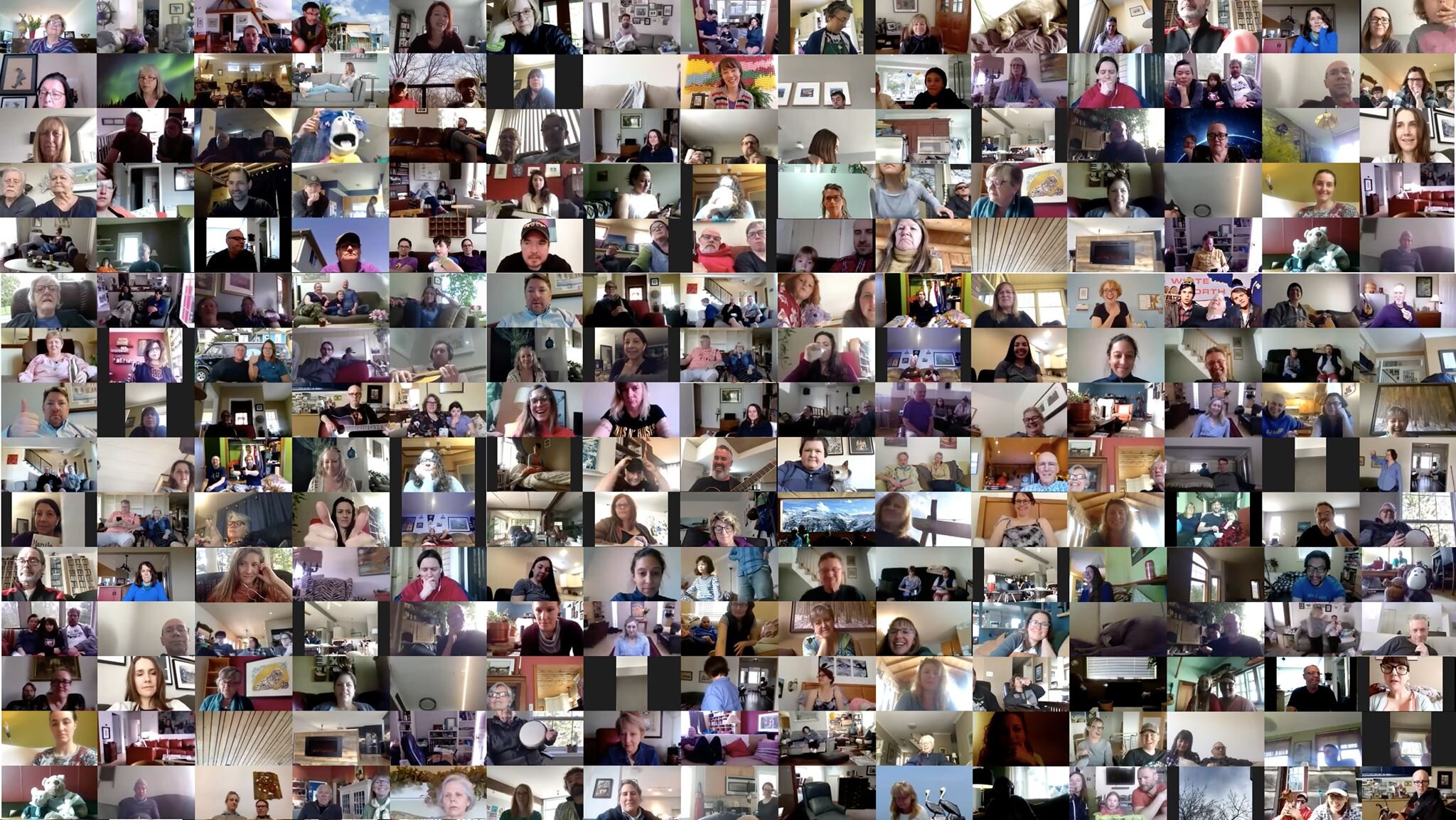 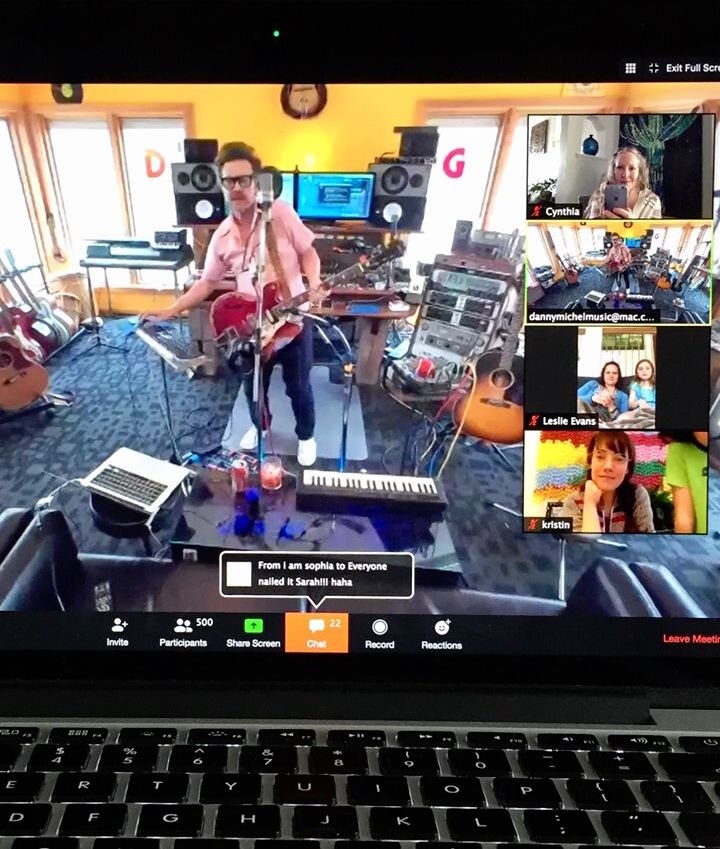 “People say, ‘It must be so easy, playing a show in your house,’” he continues. “But it takes the same amount of mental energy or time as a real gig. When I have a show I’m thinking about it two or three days before.”

Signing up for a weekly residency has pushed him far into his catalogue, which is more than 20 years and 10 records deep. “I’m finding songs like, ‘Oh I haven’t played this in 15 years, that’s a pretty good one.’ Or, ‘Now I remember why I haven’t played this,’” he says. “That’s something that would’ve never happened if I’d just continued to be gigging this year.”

Plus: Unrestricted by travel, he gets to play all the guitars he wants. “I played a different guitar for every song last week,” he says. “That’s been really fun. All this equipment I always want to have on tour with me is two feet away.”

The Stittsville, Ontario-based Bryson—a self-proclaimed “singer-songer,” as well as a producer and guitarist—has been jumping online to play quite a bit since self-isolation began.

“My entire approach to music is I know I can play music, I’m proficient at it, I’ve done it my whole life. I want it to be fun,” he says. “But my favourite things are sloppy and ill-rehearsed. I don’t want to watch somebody pristinely go through a set of songs. It’s like a nasal drip.”

In between Instagram Live appearances, Bryson gave Zoom a go through Side Door, playing songs from his 2010 album with The Weakerthans, The Falcon Lake Incident. “I announced it on a Tuesday night and did it on a Saturday,” he says. “Danny Michel and all these friggin’ fuckers are selling 800 tickets. I sold 192, that’s pretty good.”

For Bryson, who makes records at his home outside of Ottawa when he’s not touring with the likes of Kathleen Edwards, online shows are a way to appeal to a larger audience from the comfort—and gear selection—of home.

“I don’t have the following that some of these people whose careers are on hold for have,” he says. “Fifty-one people watching me on a Monday night is a great show for me. I couldn’t go to Windsor [Ontario] on a Thursday and get 30 people to The Phog Lounge.”

Bryson will continue online for the foreseeable future, as his whims allow, and boy are there whims. “I love the playfulness of doing these shows the way I want to do them. In that way they eclipse live performance for me,” he says. “When people have paid $20 to see you, there’s a level of expectation where some people will be annoyed by the way I carry on and do shows. That’s why my career motto is ‘Those who like him, like him a lot.’”

The folk-jazz singer is fresh off her second Side Door show, out for a walk in Owen Sound, Ontario.

“I spent the past four weeks not even sure if I wanted to be performing online,” she says. “I was wrapping my head and heart around that, what does it feel like, what does it mean. Knowing it wasn’t going to be the same and trying to figure out what it could be.

“It’s such a weird time,” she adds, “and we’re all trying to figure out as artists: Should I be trying to monetize this, should I be doing it for free, should I have a Patreon? There’s so many different models.”

Alcorn’s approach is to not treat online gigs like a live show in a dedicated venue. “I’m trying to get to that headspace—not trying to make online performance replace or be the same as an in-person performance, letting it be an avenue, a vehicle for connecting through music and sharing a moment, but letting it be a little different. Just letting go and making room to bring some other stuff.”

She’s signed up for weekly shows through May 23. “The future is gonna be different and gonna be shaped by this in the coming year or two,” she says. “We’re all discovering it’s bringing us new ways of connecting—it’s really neat that I can have someone out there from Nova Scotia who knows somebody from Ontario and they show up on this thing together and have this experience. I’m just trying to feel my way through this shift.”

Bryant made a cool choice for his Side Door debut a couple weeks back: He played two shows in the same night, for North American and European time zones.

“It was because of analytics—I can see on Spotify and YouTube that I have a lot of fans in Germany and the UK and the Netherlands. And Turkey is one of my biggest markets for streaming,” says Bryant from Vancouver, where he reports spring has arrived. “I did this instead of putting a show on where it would be 3am or 4am for them. I tried to make it easier for the listener at least.”

The singer-songwriter has been passing the time making a music video in his kitchen and releasing a new EP, Half Bad. His spring European tour has been pushed back to September. He’s been playing on Instagram— “I’m just fucking around, I’m in my bathtub. I only ever play half a song”—but wanted to try out the Side Door model for a more dedicated performance.

“You feel naked because you don’t have a nice sound system and light show and the energy of the room. You’re just going in with your music and your little songs,” he says. “That’s all they are at that point because you don’t have a band, you’re just relying on music. And then you click end session and you’re like ‘oh’—you’re transported from an environment to the same environment but it’s different. It’s so weird. ‘I should be going to the merch table now.’”

He soft-promoted his first shows until he had the experience under his belt, and will change that approach for his show in May. “I was thinking about borrowing a church, an old church in Vancouver, some different space for the next one,” he says. “Get a nice big room that has some natural reverb and looks good.”

Tara Thorne is a writer, editor, and pop culture critic in Halifax.